Summary of Analyses of Recent Worldwide Viruses with Focus on COVID

I am going to present a quick analysis of both when I think the current viral situation will be over and also what seem to be the tirggering mechanisms for the three most recent Viral outbreaks.

Many astrologers were looking at combinations similar to September 11, 2001 happening around March 4, 2020. They were right in assessing a panic, but many did not indicate a source. Some thought a war would start; many forgot about the dual panic that occurred in the wake of the 911 bombing, which was the letters containing anthrax sent to leaders (Sagittarius) and media people (Gemini) in the United States. I looked at H1N1 in 2008-2010 (roughly) and SARS in 2002-2004 (roughly). Actual origins of Viruses are difficult to ascertain (the AIDS/HIV virus is now estimated to have emerged around 1920!)

China is the originator of the outbreak, and the apparent starting point in December 2019, right before the dual eclipse with multiple planets in Sagittarius--including Ketu the virus planet.

However, what is significant is the apparent trigger of these epidemics. SARS was not a very big outbreak, but H1N1 dwarfs COVID in terms of deaths (so far). However, the trigger planets look to be Jupiter and Mars--but especially Jupiter. Ketu and Rahu, by the way, were on either side of Jupiter and Mars when these outbreaks occurred, so panic (Rahu influencing communications) and shut downs of public places (Ketu) were not so involved. Also, Jupiter afflicted by Ketu can cause a certain hysteria and dictatorial measures (Adolph Hitler's chart has Moon-Ketu-Jupiter in Sagittarius, for example.)

Sagittarius is in fact a war like sign and a fiery (feverish) sign. Mars acts the quickest of all the planets. Jupiter expands afflictions. Jupiter always involves doctors of some kind and is a disease tender. But it is a benefic. This is true. But it also expands whatever it aspects and it was involved with three malefic until January 25 (Saturn, Rahu and Ketu) and around February 8, Mars spread the infection speedily. Mars, is, in Brihat Parasara Hora Sastra, the greatest malefic, as it kills quickly.

So we have an expansive Jupiter telling us to fear the unknown, firing up communications with Mars and causing panic (Rahu) through this combination.

The next two weeks will cause the greatest fear because the Moon this week is passing over Scorpio, Sagittarius and Capricorn--all occupied by malefics and offering little hope. On March 22, Mars will enter Capricorn and slow the spread down a bit. By March 31, 2020, Jupiter will enter Capricorn and slow it down even more. Markets will calm down quite a bit and people will be less afraid to go out; I doubt you will see places closed for more than two months, if that. I think by end of April things will normalize, although fear and panic will be a subtext through the end of August.

Expect to see an uptick in cases when Jupiter slips back into Sagittarius from June 18 through roughly early September.

I don't imagine this epidemic will last very long. It should be shorter than H1N1 and may even be largely contained by end of April. But, although I think the markets will be calmer, I would not expect a return to normalcy until September.

Different places in the world will, of course, be affected differently. Italy and Iran will take a little longer to recover, but they will.

The nations of the world are taking appropriate steps, but Rahu encourages panic. Don't let it get to you! 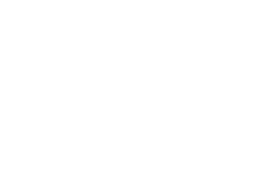